Wednesday the 20th of May marked the official launch of The Greatest Train Race 2015.

Not even sudden load shedding could dampen the spirits on the evening! The Middelburg Chamber Auditorium was filled with business men, -women and distinguished guests, Mayor of Steve Tshwete Local Municipality, Mike Masina and the Rotary District 9400 Governor Annie Steijn who all came together celebrating the launch of the Train Race with Rotarians. 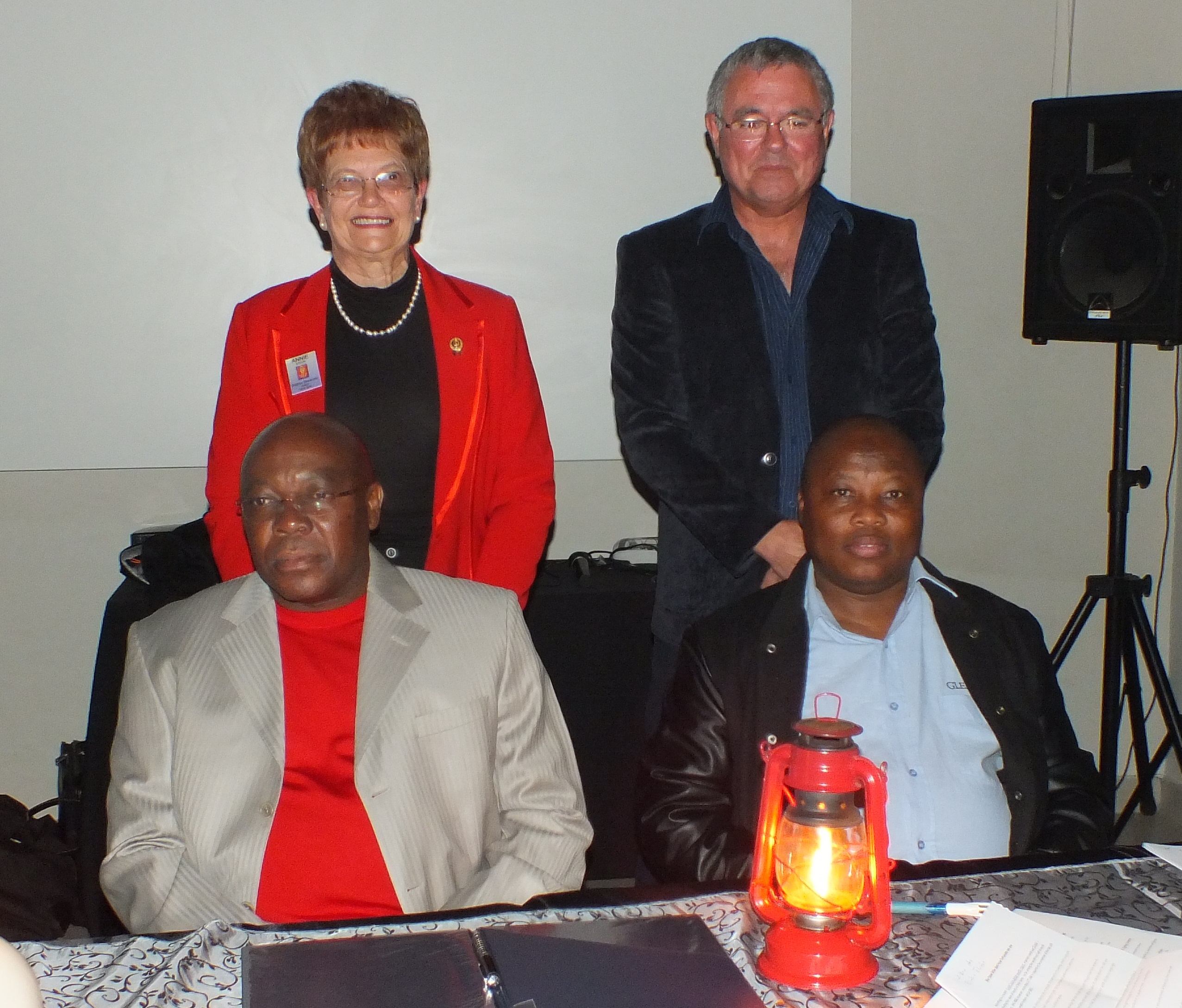 The main sponsors, Lawrence Maroos from GC construction and Vusi Zwane from Glencore, signed the sponsorship agreement together with the Chairmen of the Train Race Committee, Max Köhler.

Köhler explained that although more South Africans have access to social welfare services, electricity and water, 65% are still very poor with 30% being jobless. This is the reason why it is so heart warming to be associated with the Train Race, the sponsors and volunteers being involved and making a difference, Köhler said.

There are still a number of opportunities for companies and individuals to become sponsors or volunteers at this great fun event.

The Greatest Train Race will take place on the 22nd of August 2015. It starts at the Witbank Train Station and finishes at the Middelburg Municipality. Entries have already opened. You can choose to take part in the 4.9km, 15km or 28Km individual events or the ever popular relay race comprising of 5 members per team over a 28km distance. Entries can be submitted online at www.gtr.co.za or by hand at the Middelburg Information Centre in Walter Sisulu street and the Highveld Mall Info Kiosk in eMalahleni. The race office can be contacted on 086 11 TRAIN (87246) or admin@gtr.co.za.

The country and its people have faced a lot of challenges these past 16 months since the start of the Covid-19 pandemic.  It has placed enormous strain on businesses and the livelihoods and health of many families. The events sector was particularly hard hit and continues to face hardships with current lockdown restrictions still in place.

Last year, the 2020 GTR continued as a virtual event with the hope that we would be able to have a physical race again in 2021.   Unfortunately, the virus has other ideas.  The GTR for Charity board held numerous discussions and with the support of our main sponsors have taken the decision to cancel this year’s race which was due to take place in August.

The Rotary Clubs of Middelburg, Middelburg Cycad and Witbank are however not sitting still and continues to be of service in the community. The funds raised with the 2020 GTR were used to buy Blankets and are being handed out to vulnerable members in the community to curb the cold.  Persons or companies interested in joining hands with the clubs with various projects can send an email to admin@gtr.co.za to be contacted by a Rotarian.

The committee thanks the members of the public for your great support.